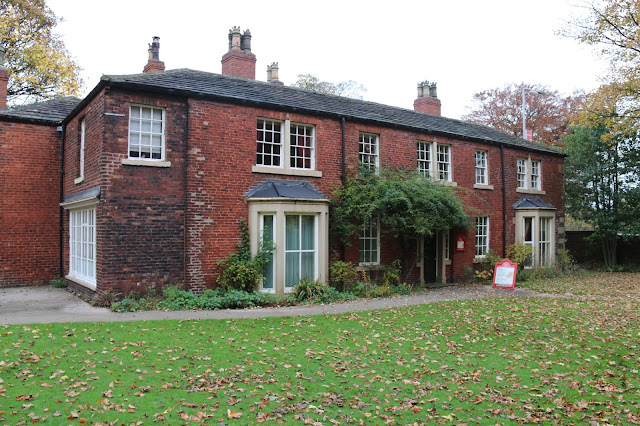 Red House Museum is now closed permanently. Its last day of opening to the public was Wednesday 21 December 2016. Kirklees Council included the historic building and its upkeep in a money-saving reorganisation of its Museums Service (along with other museums), thus saving itself the official sum of £531,000. The future of the collections (apart from storage) is not clear at the moment.

The Council is now gathering expressions of interest to take over the running of the building. So, if any readers of this blog know of a community-based group or organisation...  here is the link:

A reminder - this is what it was like to walk in at opening time on a typical day:

Posted by Richard Wilcocks at 8:16 am 1 comments
Email ThisBlogThis!Share to TwitterShare to FacebookShare to Pinterest 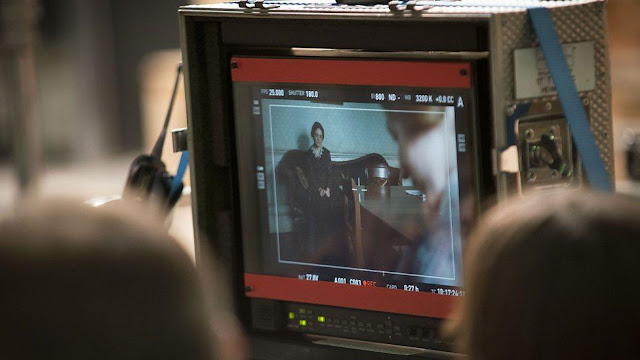 Read this terrific write-up from the Keighley News!

There's also another interesting article about James Norton and his non-appearance here: http://www.telegraph.co.uk/news/2016/12/10/james-norton-makes-surprise-appearance-bbc-bronte-drama-only/

Remember - it's at 9pm on Thursday 29 December - BBC1 - Watch and record to watch again.


Postings on this blog reflect the views of the individual writers.
Be a follower of this blog. Put your email into the box at top right of this page.
Posted by Richard Wilcocks at 5:12 pm 0 comments
Email ThisBlogThis!Share to TwitterShare to FacebookShare to Pinterest

"Brontë fans in Yorkshire have the opportunity to be part of a very special preview screening of To Walk Invisible, BBC One’s original one-off drama written and directed by multi BAFTA winner Sally Wainwright, which was filmed in and around Yorkshire." This is part of an announcement to be found on a BBC  page which can be found here.
Sally Wainwright will be there too, in conversation with 5 live's Anna Foster, along with Executive Producer Faith Penhale.
Tickets will be allocated by random draw, with three quarters of them going to West Yorkshire postcodes and a quarter going to the rest of the UK. You can register at any time until Monday 21 November, and you can apply for a maximum of two tickets.
The screening is at Hebden Bridge Picture House 6pm Tuesday 13 December.
Posted by Richard Wilcocks at 2:14 pm 0 comments
Email ThisBlogThis!Share to TwitterShare to FacebookShare to Pinterest 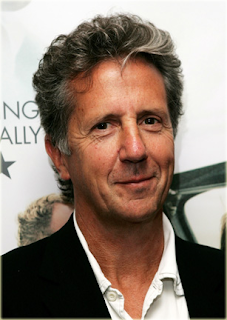 Blake Morrison began his talk by drawing out parallels between his own childhood and the Brontës’. He told us about growing up near Skipton close to the Yorkshire-Lancashire border, in an old rectory at the top of the village, not far from Pendle Hill where the ‘Pendle Witches’ famous in local legend were hanged in 1612. His mother was Irish and his father, as a doctor (in fact both parents were doctors) was an important man in the village just as Patrick Brontë the parson was in Haworth. He told us about reading Jane Eyre in secret as a teenager – in secret because it was not considered boys’ reading in the laddish Yorkshire culture of the time; it was not on the curriculum at the boys’ grammar school he attended – and about the affinity he felt with the young Jane and the novel’s power as a book for young adults. Blake told us how he found out that his mother was hiding her copy of Lady Chatterley’s Lover in her bedside table around the same time that he was hiding his of Jane Eyre (a novel that when it first came out was also regarded as a ‘naughty’ book!).
Blake went on to tell us how he came to write his play about the Brontës, We are three sisters. First he recounted how an earlier Brontë-inspired stage production, a musical version of Wuthering Heights he wrote in 1986, was never performed; four other musical versions of the novel were doing the rounds at the time and in the end Heathcliff with lyrics by Tim Rice, starring Cliff Richard, was the only one to be staged. To give us a taste of his own version of Wuthering Heights, Blake read us the ballad Isabella’s Song, which starts:
As I stepped out one summer night
to feed my white ring-dove
a shadow fell across the gate
and swore undying love.
The shadow stretched out tall and slim,
its face was black as night.
It spoke to me of wedding-rings
and bridesmaids bathed in light ….
The full poem can be read in his book of verse A discoverie of Witches (2012) prompted by the Pennine landscape in which he grew up. In a very different mood, the collection also includes the Ballad of the Yorkshire Ripper, an exploration - in dialect - of the deeds and motives of Peter Sutcliffe, convicted of killing 13 women in 1981. Morrison has never shrunk from tackling such subjects, and has written a book on the James Bulger murder case.
Turning to the genesis of his play We Are Three Sisters, in which he took up the challenge of re-writing Chekhov’s play with Charlotte, Emily and Anne as the sisters, Blake told us that when a theatre critic friend first suggested the idea to him, he dismissed it as ‘bonkers’. He was however persuaded to go ahead with the project by the artistic director of the theatre company Northern Broadsides, which staged the play in 2011.

In Blake’s play, Moscow, to which Chekhov’s three sisters long to go, has become London, and, similarly, various characters in the Chekhov play are replaced by equivalent characters from the Brontës’ circle (their doctor, Patrick’s curate). Blake explained that although he used the Brontës own words in his text where possible, the use of Chekhov’s play as a basis meant he had to take some liberties with the Brontës’ life story, with sometimes amusing results. For example, in his play the woman with whom Branwell is believed to have had an affair, his employer’s wife Lydia Robinson, turns up at the Parsonage, which she never visited in real life. Members of our group read out extracts from two scenes in the play: Charlotte and Anne telling Emily about their trip to reveal their identity to the publisher George Smith in London, and Charlotte telling her father about the publication of Jane Eyre.
Contrary to the common perception of the Brontës’ lives as eventless, Blake found them full of interest and drama and wanted to show Haworth as less bleak than it is generally portrayed. His play has many touches of humour and he describes it as a ‘tragi-comedy’, much like the original Chekhov.