I am leaving the Bronte Society on the 31st May to work freelance and to develop my consultancy business. It is sad to be leaving after seven highly enjoyable years and I hope it will not be the end of my association with the Brontë Society and the Brontë Parsonage Museum.

I am sure that with the redevelopment of the exhibition room and the extra media interest which will follow next year's adaptations of Wuthering Heights and Jane Eyre and the possible Brontë movie, coupled with the continuing development of the contemporary arts and education programmes, the Society will continue to go from strength to strength.
Posted by Richard Wilcocks at 1:21 pm 0 comments
Email ThisBlogThis!Share to TwitterShare to FacebookShare to Pinterest

Today, the Parsonage opens a special exhibition of photographs by Fay Godwin from her collaboration with Ted Hughes, Elmet. The evocative photographs of the local landscape will be displayed in the period rooms until 25 July 2008.

The photographs, on loan from the British Library, include images of the landscape that inspired the Brontës.

Elmet, published by Faber and Faber in 1994, is a revised and expanded version of Remains of Elmet, a celebration of places where the poet spent the first seven years of his childhood published in 1979. Hughes added several poems and left out others. The sequence is different as well. Hughes was unhappy with some of the poem-photo links in the first edition. 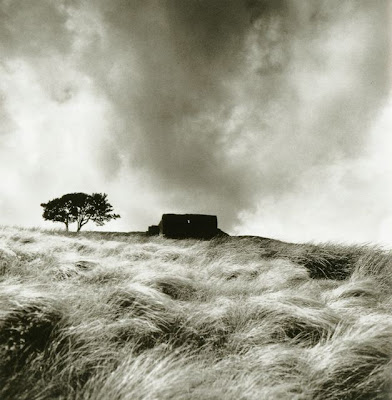 Posted by Richard Wilcocks at 10:13 am 0 comments
Email ThisBlogThis!Share to TwitterShare to FacebookShare to Pinterest

Pootering around in the churchyard

An activity day for families entitled Chaffinches and Churchyards was held today at the Parsonage Museum.

Spring was in the air this May bank holiday at the Parsonage. Families were offered a day of outdoor activities… with a difference. After children had visited the home where the Brontë family grew up, they all took special Discovery Bags and went to meet the inhabitants of Haworth Churchyard. Not the ghosts but some of the varied plants and creatures that like to call the churchyard home. The museum’s education officer Susan Newby, who ran the activities, said, “As well as being really interesting places to explore historically, churchyards can be a haven to a surprising range of species, all coming alive at this time of year. It was great to have a dig around and to see what turned up!”

In each bag was a pooter (yes, a real word!) to catch a mini beast and a ‘bug viewer’ to see it magnified. This was followed by drawing sessions - and grave rubbing when the churchyard trail was followed. 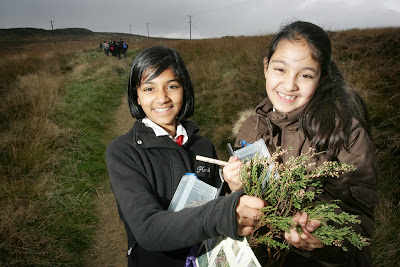 Posted by Richard Wilcocks at 8:44 pm 0 comments
Email ThisBlogThis!Share to TwitterShare to FacebookShare to Pinterest 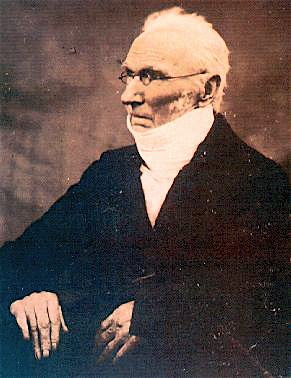 
The 7th June 1861 was the date Rev Patrick Brontë died. The BrontëSociety is holding its usual June weekend church service at St Michaels and All Angels, Haworth on the 7th June 2008.

Patrick is not mentioned on the member's leaflet about the church service. However, Sir James Roberts is mentioned, for we do not decry the generous gift of the Parsonage to the Brontë Society for use as a museum in 1928 - eighty years ago. An interesting fact about the Brontë Society AGM in 1927 held at Healds Hall, Liversedge, is that it was put to members that a fundraising effort was needed to purchase Haworth's Church Parsonage as the current museum was becoming too small.

The Church trustees were looking for a price of £3000 to build a new parsonage home for the vicar. Sadly some of the founder members of the Society, who worked very hard putting a lot of time and effort in to establish the Society and the first Brontë museum, did not live to see the Brontë museum move to the Parsonage in August 1928.

Next year, it will be 200 years since Rev Patrick Brontë came to Dewsbury as a curate and it is hoped the Society will acknowledge this fact. Mr W W Yates who was a prime instigator in setting up the Brontë Society and its first museum was on the Society's Council, and at one time, its chairman: one of his daughter's, Anna, was also on the Council. Both worked for the Dewsbury Reporter newspaper and are buried at Dewsbury Minster where their gravestones are still standing.
Posted by Richard Wilcocks at 8:25 pm 0 comments
Email ThisBlogThis!Share to TwitterShare to FacebookShare to Pinterest
Newer Posts Older Posts Home
Subscribe to: Posts (Atom)