"I don't do snooty" - Bonnie Greer

Bonnie Greer, president of the Brontë Society, responding to a comment in the Yorkshire Post from a member that she might in some way be stand-offish or even 'snooty' - ironically a word often employed by Americans when describing a certain kind of English person, made the following statement to the newspaper:

“One of the reasons that I accepted the Presidency is not only because I love the work of the Brontës, but because both the members and the Council have been welcoming and supportive. And because of Yorkshire - the people and the region. I’ve been London-centered for all of my almost thirty years in this country. So to get away from the south east bubble to somewhere “real” - to me that’s great!
One of the reasons I love Yorkshire is because I, too, don’t do “snooty” and “snobby”. I never have, don’t now, and never will. And believe me, if I felt that there was an atmosphere like that around me, I’d be out of there. 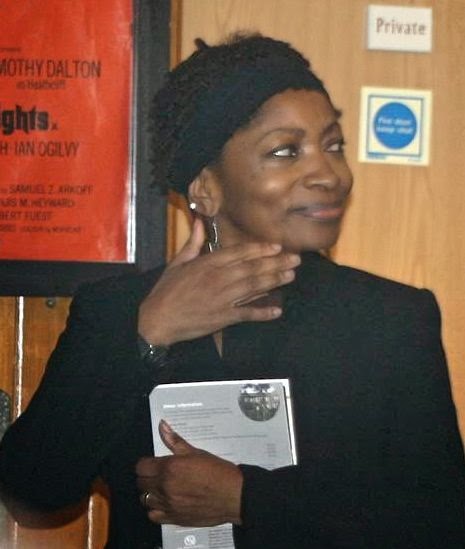 I’m not the executive. I don’t manage the day to day running of the museum, but I am the President. I chair the AGM and in between spread the good news of these great literary sisters...especially to young people and diverse communities who may feel that the Brontës hold nothing for them. My first Brontë encounter at an event at the Museum was with a Bradford official, a Muslim man with daughters. We talked about Patrick Brontë and how he allowed his daughters to write. And the man I was talking to was also a father of daughters and was very moved by Patrick’s story - as I am. Next to Emily, he’s the Bronte I connect with the most. He promised to bring his daughters to the Museum.

It is these kind of synergies and interfaces which are crucial for all literary societies going forward in the twenty-first century, not just ours.

Almost all literary societies must become younger, more global, more outward-looking, more diverse, more in touch with the digital world, more able to find interesting “off-piste” connections with classic work. And this looking towards the future is just one of the things I find exciting and full of possibility as the Brontë Society heads toward the bicentenaries.

This going forward is the kind of thing – along with other initiatives , too - that most of us are doing, or trying to do. I love our present membership and curators and staff at the Museum are excellent. And my London-born husband has fallen in love with Haworth and the moors. We both have!”

Posted by Richard Wilcocks at 12:59 pm 1 comments
Email ThisBlogThis!Share to TwitterShare to FacebookShare to Pinterest

I have just returned from a visit to Ponden Hall 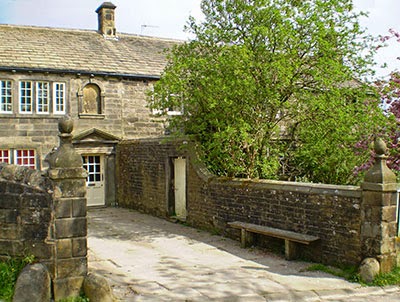 IMS writes:
1801- I have just returned from a visit to my landlord.

Wuthering Heights is the name of Mr Heathcliff’s dwelling.

2014- I have just returned from a visit to Ponden Hall. I had left my car at the bottom of the hill and as I approached the house a light shone from a small mullioned window. Mist was floating, as cotton wool, over the waters of Ponden Reservoir, the sky was black and a little rain had begun to fall.

I thought of the three small Brontë children, Branwell, Emily and Anne, with their servant Sarah Garrs, hurrying from the high moors, in 1824, towards the safety of the porch at Ponden Hall, where the Heaton famly  lived, as a thunderstorm raged above whilst they were out walking. The Crow Hill Bog had burst which sent a great wall of stones, mud and debris more than a mile down the moors.

The lighting flasht, the thunderstorm crasht and its tremendous bowels burst. ( sic)  Words from a poem relating to the eruption by John Nicholson, ‘The Airedale Poet’.
I thought also of Patrick anxiously looking out of an upstairs window at the Parsonage awaiting their return. As he heard a deep distant explosion, something different from thunder, and felt a tremor in the window from which he was looking, how thankful he would have felt when he heard that they had escaped the worst of the deluge and were all safe at Ponden.

I reached the safety of the Hall before the rain really came down, passed a plaque above the porch which said the house, whose origins were in the 1500s and 1600s, had been refurbished in 1801 by Robert Heaton and remembered the words in Chapter One of Wuthering Heights:  above the principal door I detected the date ‘1500’ and the name ‘Hareton Earnshaw.’

Is it mere coincidence that Hareton is an anagram of R. Heaton?

I received a warm welcome from Julie and Steve who own the property and was thrilled to be inside the house with its many Bronte connections. I was there to ‘take tea with Mrs Bronte’- well not exactly but to hear expert Angela Crow speak about Maria Branwell who left Cornwall when she married the Reverend Patrick Bronte in 1812. A few people sat in front of the fireplace, a fireplace which Branwell is said to have sketched, others sat around a long table.

Angela gave an informative talk about the Brontës ( Pruntys) who had humble beginnings in Ireland and also about the Branwells. The Branwells were a respected family who were merchants in Penzance and Angela gave everyone a flavour of what it was like in a Cornish fishing town at the time and gave an insight into Mrs Brontë’s early life there.

Seated at the table eating an absolutely delicious afternoon tea, provided by Julie, I recalled the story of Emily taking tea at Ponden and how, much to the embarrassment of her host, a dog was giving birth to puppies under the very table at which they were sitting. I am sure Emily would not have cared a jot about that! Very much replete – the veritable feast had included ham sandwiches with lavender cheese, pound cake with raspberries, plum cake, almond pancakes- we were then given a tour of the house.
Upstairs we were led into a large beamed room.

I fastened the door and glanced round for the bed. The whole furniture consisted of a chair, a clothes-press and a large oak case with squares cut out near the top- resembling coach windows. I looked inside and perceived it to be a singular sort of old fashioned couch. It fact it formed a little closet and the ledge of a window which it enclosed served as a table.

Julie explained that they had commissioned a box bed to be made for this room and its position and style were exactly the same as the one described by Mr Lockwood which he had found in the room Zillah allocated to him at Wuthering Heights.

I imagined how it would be very warm and cosy on a cold winter’s night, with the wind howling down the chimney, enclosed in that bed. In this room, also, was a window which Emily had drawn when she was about ten which portrays a broken pane of glass with a hand. Thoughts of the story of Wuthering Heights forming in her mind even at such a young age?

We then moved on to the room which had been the library in the Bronte’s time and which was supposed to be the finest library in the West Riding and included a Shakespeare’s First Folio. Julie pointed out the actual shelves from which the Brontës could have selected books.  She told us that when the last Heaton died, a bachelor in 1898, the books, which would all have a Ponden Hall plate inside, were sold in the market in Keighley and those unpurchased were used to wrap vegetables.

Another large upstairs room illustrated how the house had altered down the centuries, for it was quite easy to see what had once been outside walls. In the 1600s a two storey peat loft had been built. In the upper storey the peat was dried from the heat rising from the cattle which were housed below. In 1801 when the dwelling was refurbished a new section of house was built between the main one and the peat loft. It has long been thought that Ponden Hall was the setting for Thrushcross Grange in Emily Brontë’s masterpiece but it was remarked upon that there are certainly many similarities  to the Earnshaw’s old home- Wuthering Heights- within the house. What a really superb afternoon- Julie and Steve were wonderful hosts and Angela had given an interesting picture of the family and place of birth Maria left behind to marry the man she loved We had heard about lives and cultures in three differing places- Ireland, Cornwall and Yorkshire but places all drawn together by writers who produced some of the greatest novels in the English Language.