The museum commissioned her to look at the Brontës’ writing as part of the Alter Ego exhibition of paintings by artist Victor Buta, currently on show at the museum, which is based on Brontë handwriting and signatures.

This is the first time that the Brontës’ handwriting has been examined by a graphologist and Diane has analysed examples of original handwriting held in the museum collections. By analysing the writing of the four Brontës, using samples written at various different stages in their lives, Diane has produced individual profiles for Charlotte, Branwell, Emily and Anne. Her research has revealed new information about the famous siblings. The graphology event on 14 March is free.

A summary of Diane Simpson’s profiles of the Brontës:
Charlotte
Nowadays, Charlotte would have been described as a workaholic. Diane believes Charlotte’s handwriting marks her as a fiercely motivated and driven person, without a particular need to be liked, with the result that speaking her mind - even if it meant going against prevailing opinion - would not have been a problem. However, the deaths of Branwell and Emily in 1848 and the illness of Anne in the same year marked an enormous change in her self confidence and ability to run her life …both of which markedly diminished.
Branwell
The only son of the family, Branwell never reached the high expectations of his family and turned to drink and drugs. Despite being highly creative, Branwell never found his niche and suffered from a lack of focus. His obsessive behaviour and mood swings worsened as he got older and Diane has also hinted that some of his personality traits could be likened to those of Asperger’s Syndrome.


More information on Asperger's Syndrome here.Emily
Less introvert than Branwell and not as outgoing as Charlotte, Emily was in many respects firmly in the middle. It has always been believed that Emily rapidly succumbed to tuberculosis before her death in 1848, however Diane believes that she was actually masking her symptoms for a lot longer than was previously thought. She could have been gradually getting weaker for as long as three years before anyone became aware of it.
Anne
The youngest and least well-known of the Brontë sisters, Diane believes that Anne’s writing shows she was in fact intellectually superior to her siblings. Initially self-confident, and despite a desire to make progress, as she grew older she became increasingly self-critical and reluctant to expose her abilities, and indeed herself, to the scrutiny of others. With a formidable intellect and strong sense of fair play, perhaps had she been born 60 years later and been physically stronger she may well have been a prime mover of the Suffragette Movement.


“Despite reading Jane Eyre while at school I am ashamed to say I knew little or nothing about the Brontës apart from that they were a family of writers who lived in a then remote part of Yorkshire in the early 1800’s. I embarked on this project without reading any more about them and, therefore, with a very open mind. What I have found so far has been utterly fascinating and I now intend to read everything written by and about them.

What I discovered were four intellectual giants, three with staying power, and one without, because of which his possible achievements seemed to have dissipated as repeatedly one interest was taken up only to be supplanted by another.
The most talented of the four? I haven’t yet decided but confess that at the moment Anne is in the lead. When I have studied them longer perhaps I will change my mind”.

Diane Simpson has become particularly well known for her work with West Yorkshire Police on the Yorkshire Ripper case. A founder member of the British Institute of Graphologists, she has worked with numerous museums and galleries and has analysed the handwriting of historical figures such as Elizabeth I and Anne Boleyn. 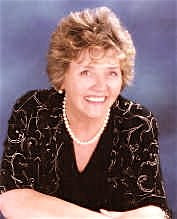