News release:
The Brontë Parsonage Museum in Haworth will be re-opening on Tuesday 1 February following a hectic month of activity including maintenance work, cleaning, conservation, revaluation of the museum’s collections, decorative archaeology and development of new displays.
The museum closes every January so that essential work can be carried out without disturbing visitors. As well as all of the usual tasks undertaken, this year included a team of experts visiting the museum to carry out decorative analysis which it is hoped will provide new evidence of the scheme of decoration in the Parsonage during the Brontës’ residence.
The work involves taking samples from walls, mouldings and woodwork and analyzing these using polarizing microscopy. It is the first time that such analysis has taken place at the Parsonage and, it is hoped, could lead to exciting new discoveries about the Brontës’ décor and the history of their Parsonage home. Information relating to the project will be made available to visitors and the museum will be formulating a plan to completely redecorate the Parsonage in 2012.
Visitors to the museum will also be able to see a variety of new displays, with more of the museum’s collection on display than ever. Items on display for the first time will include the original screenplay for the 1943 Hollywood film of Jane Eyre starring Orson Welles and Joan Fontaine. The screenplay is annotated by its author, the British writer Aldous Huxley. Huxley is famous for books such as Brave New World and The Doors of Perception, in which he wrote of his experiments with hallucinogenic drugs. The screenplay, produced in the war years, is stamped, ‘’Less shooting over here means more shooting over there! Save our film!”. It was acquired by the museum last year, with assistance from the MLA/V&A Purchase Grant Fund, and the museum will be screening the film at the West Lane Baptist Centre in Haworth on the evening of Friday 18 February. The Brontës will be continuing to feature in the world of the movies with new film versions of both Jane Eyre and Wuthering Heights expected to be released in 2011.
A great deal of work goes on at the museum in January and we’re very much looking forward to re-opening our doors in February. There have been lots of changes to our displays and we hope that visitors from near and far will come along and see what’s new.
Andrew McCarthy
Director, Brontë Parsonage Museum
For further information on museum opening and events contact bronte@bronte.org.uk/ 01535 642323 – www.bronte.info
Posted by Richard Wilcocks at 10:03 am 2 comments
Email ThisBlogThis!Share to TwitterShare to FacebookShare to Pinterest 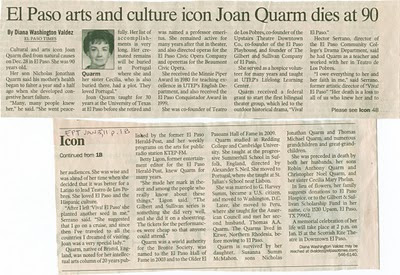 Thanks to Texas Brontë Society member Paul Daniggelis for sending us this information.


Click on the clipping to make it larger.
Posted by Richard Wilcocks at 10:57 am 0 comments
Email ThisBlogThis!Share to TwitterShare to FacebookShare to Pinterest
Newer Posts Older Posts Home
Subscribe to: Posts (Atom)