Thanks to Paul Daniggelis in Texas for the following info:
Taiwanese choreographer Bulareyaung Pagarlava has been invited by the New York-based Martha Graham Dance Company to do a companion piece to Deaths and Entrances for the troupe’s 85th anniversary celebrations.
This is the second collaboration between Pagarlava and the company,  following his 2009 contribution to Lamentation Variations, in which young choreographers respond to Graham’s Lamentation (1930).
“Bula is one of the talented, important, new voices in the international dance scene,” Janet Eilber, artistic director of the group, said. “When we decided we wanted a contemporary companion piece to Graham’s masterpiece Deaths and Entrances, we turned to Bula.”
Deaths and Entrances, which premiered in 1943, is based on the lives of the Bronte sisters. Here is the link.
See also Deaths and Entrances. Brontë Studies: Vol.32, Part 2, 138-144, July 2007.
Posted by Richard Wilcocks at 1:00 pm 3 comments
Email ThisBlogThis!Share to TwitterShare to FacebookShare to Pinterest 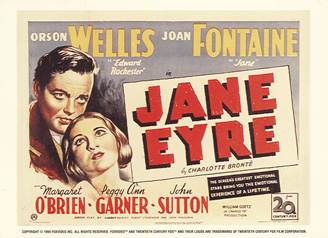 The Parsonage will be screening the 1943 Hollywood film version of Jane Eyre as part of their contemporary arts programme next week.

The event takes place on Friday 18 February, 7.30pm at the West Lane Baptist Centre in Haworth. The film is being screened to celebrate the museum’s acquisition of the original film screenplay, which is now on display at the Parsonage, complete with handwritten notes by its author, Aldous Huxley.

The 20th Century Fox production was directed by Robert Stephenson and stars Orson Welles and Joan Fontaine. It also briefly features a very young Elizabeth Taylor in one of her first screen roles, as Jane Eyre’s school friend Helen Burns. The film will be screened after a short introduction by Charmian Knight, and there will be an interval with refreshments served.

The screenplay, produced in the war years, is stamped, ‘’Less shooting over here means more shooting over there! Save our film!” It was acquired by the museum last year, with assistance from the MLA/V&A Purchase Grant Fund, and will be on display throughout 2011. 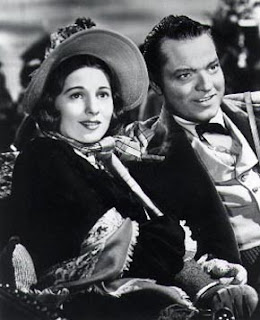 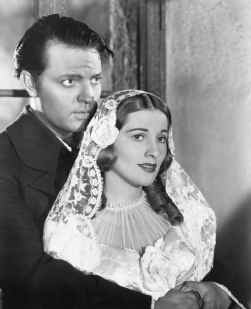 Posted by Richard Wilcocks at 10:48 am 1 comments
Email ThisBlogThis!Share to TwitterShare to FacebookShare to Pinterest 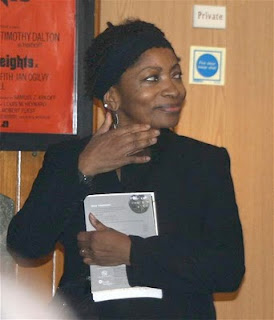 Ms Bonnie Greer OBE has accepted the post of President of the Brontë Society and will preside over the Society's Annual General Meeting in June.

Ms Greer, pictured here at the Parsonage, said, “The work of the Brontës encompasses some of the most exquisite examples of the beauty, strength, wonder, and depth of the human spirit. This is their gift to us, and the answer that I give the little girl I was long ago, when I asked myself what relevance they had for me, growing up African American on the South Side of Chicago.
Their universality is unquestioned. Their power to speak to all people down through the ages is a legacy and a flame I want to help perpetuate and cherish. It is a great honour to accept this position. That little girl still inside of me who loved the Brontës so is twirling around filled with joy. ”
Chairman of the Brontë Society, Sally McDonald, announced the appointment saying, “The Brontë Society is thrilled that Bonnie Greer has accepted the Society’s invitation to be our President.
Everyone is very excited that we will be working with Bonnie and we are very much looking forward to her return to Haworth later this year when members will meet and welcome her as our President. Bonnie has been a true friend to the Society over the past year.”
In 2010 Bonnie Greer spoke in Haworth as part of the Brontë Society’s Contemporary Arts Programme, returning soon after to open a newly refurbished exhibition space at the Parsonage museum.  She joined members of the Society and spoke eloquently at a fundraising event at Watermen’s Hall, in London, in November, having earlier that day received an OBE from Prince Charles at Buckingham Palace.
Bonnie Greer is also the judge of the short story section of the 2010-2011 Brontë Society Literary Competition.
Born in Chicago, Bonnie Greer is well known in Britain as an award-winning playwright, novelist, and broadcaster. Her latest play, Marilyn and Ella ran at The Apollo Theatre in London in November 2009, and her new book, a biography for young people of the poet and novelist, Langston Hughes, entitled Rebel with a Cause, will be published by Arcadia in the spring. Her libretto for the new opera Yes, composed by Errollyn Wallen, will premiere at the Royal Opera House, Covent Garden’s Lindbury Theatre in autumn, 2011
Posted by Richard Wilcocks at 10:50 am 3 comments
Email ThisBlogThis!Share to TwitterShare to FacebookShare to Pinterest
Newer Posts Older Posts Home
Subscribe to: Posts (Atom)